11/7 Both & Rent: Without hot water since April

1/4 Both & Rent: Aros Energideklarationers inspection was not approved

30/1 Both & Rent: Stendahl and Tenants Association met in court
23/1 Arbetarbladet: Requires a reduced rent for errors in apartments
22/1 Both & Rent: 32-old woman new CEO of Aros Energy declarations
21/1 Arbetarbladet: Inspected not the faults of the houses in time
3/1 KISS: “It is my opinion that Johan Stendahl appears in the background”
3/1 KISS: Want to make the apartment building to the asylum accommodation 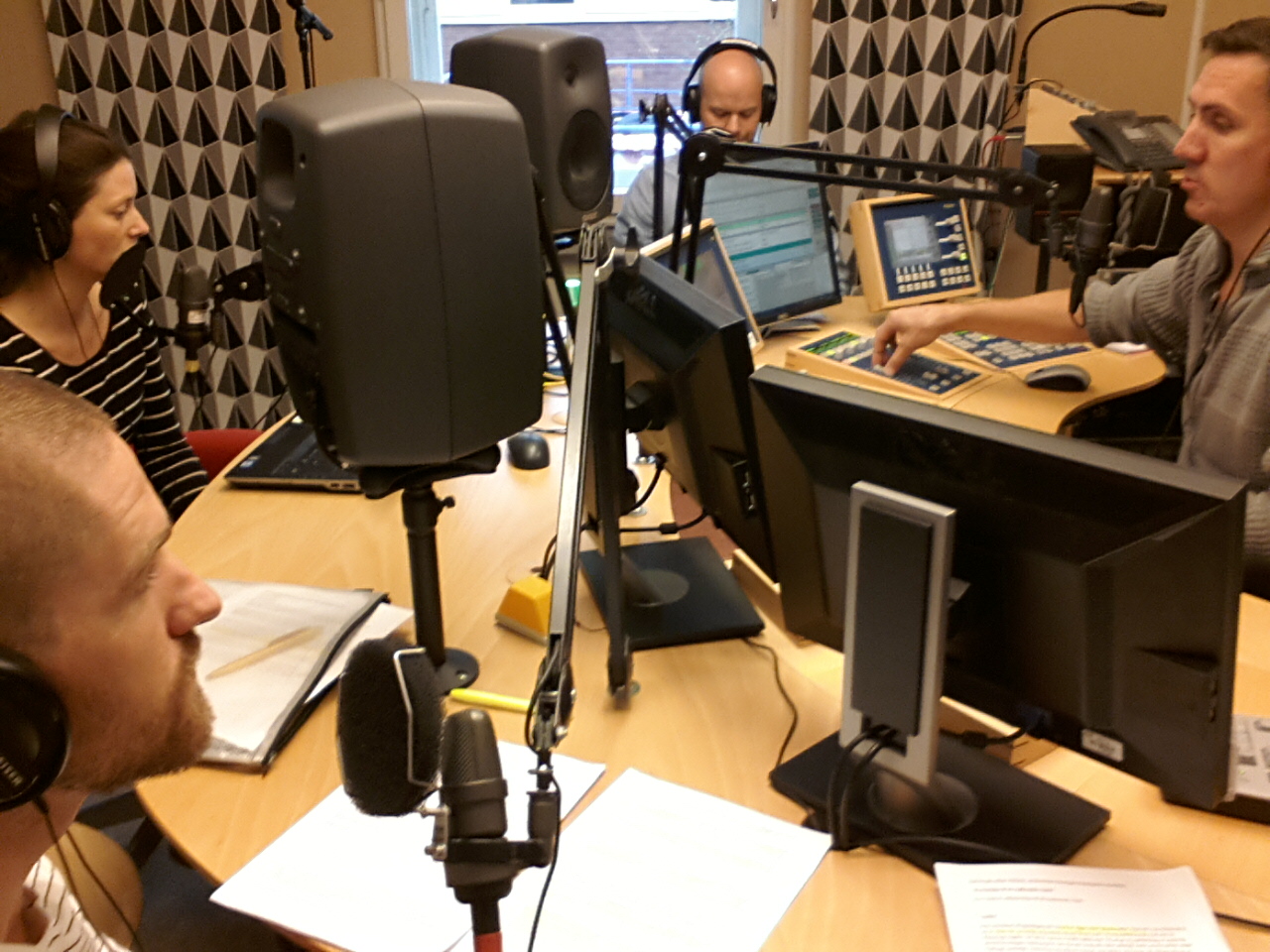 HBU appeared on the radio this week (listen below) and answered questions regarding the proposed asylum Lodging in Holm. Even Tenants were by and confirmed that the same criminal who previously been behind the properties in Holm still claims to be behind them. The owners were invited, but did not participate.

156 asylum seekers to Holm in the Migration Board allocation decisions

The past week there have been many tours around the planned asylum accommodation Holm. The origin is the Migration Board allocation decisions the 27/8 for the procurement of Framework for temporary lodging. Company Aros Energy certification AB has there been approved (Read criteria) for an invitation to place 156 asylum seekers Holm at the so-called “Senior home” and “Teachers' residences”. Know ev. placement of refugees in such accommodations in Sweden Holm stands first in line when the offer was clearly the cheapest at 87.50 SEK. We have tried to gather what has been said about the properties and asylum Lodging.
9/9 -13 ST: Read the article “Old house in the thick of”.

Is this appropriate?!
HBU has tried to get a picture of what Holm residents think about it. More who want to add their views or engage in one way or another welcome. From what we've heard so far, we have concluded that it is not appropriate for several reasons.

Listen to HBU in P4 Morning
Listen to the story on asylum accommodation in Holm with Tulla Maja, Ann and Niklas P4 Morning. Participants are representatives of the Swedish Migration Board and Tenants Association. chairman of Holm Appliance Development

Niklas Wikholm answers Holm how residents view of developments and the current tenant of senior home residents explaining the situation in today.
Aros Energy declarations were invited, but did not participate.
Reportage about Holm after 02:13:40-02:56:00 (HBU answer questions; 02:21:00).

Nonperforming real estate – then and now

The properties have been closer to ten years mismanaged and many families who lived in them were forced to move from Holm p.g.a. of problems with the properties and handling. The current owners Aros Energy declarations say they have now taken over in August 2013, but they have not even informed of any change of ownership to the inherent. They are not registered as owner in the land register. The new company, however, has already managed to neglect their current tenants in Anundgård and allowed them to be without electricity at home for two weeks p.g.a. the company's unpaid bills. Still, parts of areas without electricity. The washing machine is still without power today, then eight weeks.

.
Listen when the tenant a tour of the planned accommodation.
Tenant: “We have been without electricity for seven weeks” (2:25 sek)
.
.
9/9: Read SR's article about the accommodation and listen to the story in place with tenant.
14/6 2009 ST: A previous tenant who had probably wrote a letter to ST.

Another owner “behind the controls” than on paper – Johan Stendahl
Over the past decenniumet properties have been owned by several different companies on paper, but with similar recurring worries and the same man “behind the controls”. This, according to SVT as pointed out earlier the true owner Johan Stendahl. SVT states that he exists in a long series of judgments. Everything from serious economic crime to assault and child custody. Recently, he was sentenced to 6 months including assault and unlawful threats. At Both & Rent is he blacklisted and named one of Sweden's worst landlords. Tenants Association says Johan Stendahl in talks with them in August this time said to represent the owners of the properties in Holm.
10/9 Dagbladet: Read on “dubious ownership changes” on construction sites.
Read more about Johan Stendahl at Home & Rent

SVT examines the company Aros Energy certification AB who sought the tender in Holm.
.
See clip of reportage in the window below. See the whole element of Aros Energy. this (5 my).

Municipality Head Bracke in on his blog noted that Aros Energy declarations also been active in those. In Bracke they have sought bids to house the refugees in the so-called. Björknäsgården. The only problem is that they do not own or have access property. There are also links to another company called “Firma Tea Widéen“. Incredibly, founded this company 31/7 and the closing date of the tender was 24/6. They are thought to have submitted applications for the tender to the Migration Board before they existed. This company has also sought bids for a municipally owned property in Bracke called “pupil impaired” (western Kungsvägen 61 Bracke).
10/9 SVT Mittnytt: HE whole (5 my) element of Aros Energy. – “Hank accommodation of asylum”.
10/9 SVT News: Read about Hank SVT News.
30/8 Municipal Director: Bengt Flykts blog about Aros Energy declarations and Tea Wideen.
31/8 LT Jämtland: The municipality unaware 320 new asylum accommodation

Read more about Stendahls properties and scandals in other cities

Tobo, Hinterland:
19/11 2013 Arbetarbladet: Mold and moisture worn Tobohus
14/11 2013 Both & Rent: Migration Board examines Aros Energy declarations closer
21/10 2013 Both & Rent: Many questions about Aros Energy certification
16/10 2013 Both & Rent: Aros Energy declarations to start the asylum accommodation in Tobo
8/10 2013 Both & Rent: Poor profitability reason for sale
7/10 2013 Both & Rent: Fagerhyltan sold Tobo-house without informing tenants
18/2 2013 Both & Rent: Concern that Johan Stendahl will come back to Tobo
8/3 2013 Both & Rent: Scandal Host thinks Meeting Home & Rent
Johan Dahl Stan turns to that he called one of Sweden's worst landlords and economic crime ment. According to SVT, he is guilty of serious economic cases, beatings and threats. Johan Stendahl is also obliged taxpayers over 30 million.
2/3 2013 Arbetarbladet: Concerns blacklisted landlord
18/2 2013 Both & Rent: Concern that Johan Stendahl will come back to Tobo
Fagerhyltan have sold a house in Tobo without informing tenants. The buyer has ties to the notorious landlord Johan Stendahl.
12/2 2013 Both & Rent: Scandal host matches Tenants Association at 22,5 million. kr
According J. Stendahl's Tenants Association's fault that his company went bankrupt.
27/10 2012 Arbetarbladet: Problems in Tobohus be fixed
Tenants in Tobo have complained about the damp and mold.
But the landlord claims not to have received any reported errors.
26/10 2012 Arbetarbladet: Petter house expire
They live among mold and water damage - six years.
Despite the new landlord continues houses in Tobo to decay.
24/10 2012 Both & Rent: The problems continue for tenants in Tobo
Fagerhyltan Fastigheter AB took over as landlord and a hope kindled by tenants. The not renovated as promised… The list of shortcomings which the tenants had to live with the past few years is long. This is one of the bathrooms where mold growing on the walls, water damage, cracked window panes, broken electrical outlets and banisters loosened.
7/8 2011 Both & Rent: “It feels positive”
Tenants in Tobo are cautiously pleased that the houses should get a new owner, Fagerhyltan. However, they were unaware that even the new also had connections to Stendahl, as well as former Master Bob Collection and Toboholm.
2/8 2011 Both & Rent: New owner of Toboholm
All we found out suggests that this is a serious and reliable owners who own multiple properties today, says the lawyer and bankruptcy trustee Bertil Wingqvist.
1/4 2011 Both & Rent: Toboholm and competition
It feels great so far. We have got rid of the previous owner and the manager which are not catered houses.
11/1 2011 Both & Rent: The special administration in Tobo
Accommodation at Skolgatan tells how the representative of the values ​​broken into the storeroom, replacing exterior doors to doors without locks and put the tile on top of old uneven rugs. They have been without hot water for five weeks and without cable television since October.
22/9 Both & Rent: Tenants in Tobo, no snow removal
allla Hem & Rented articles about Stendahls properties in Tobo