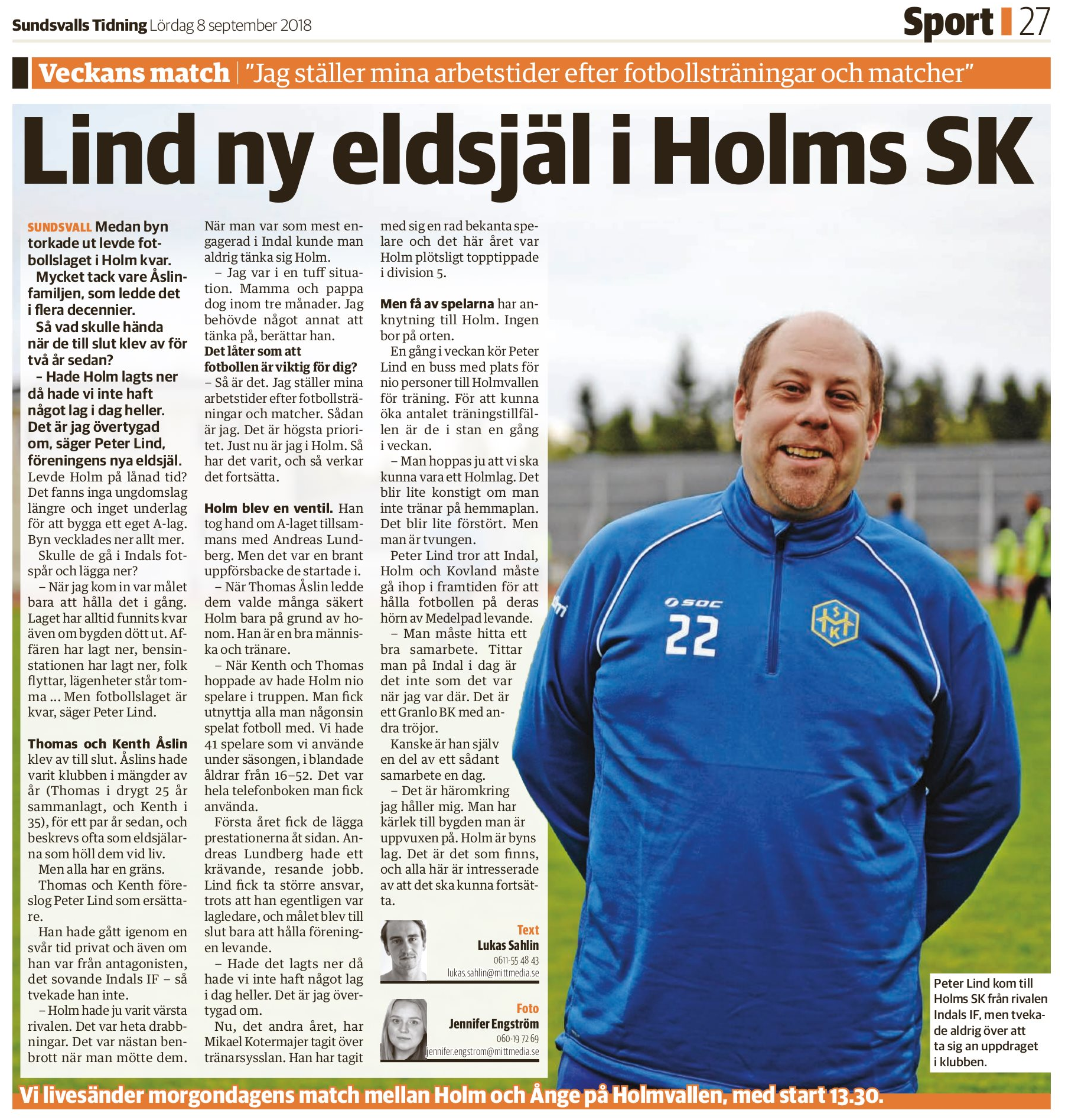 Peter Lind came to Holm SK from rival Indals IF, but never hesitated over taking on the mission of the club. Reportage & image: Lukas Sahlin, Jennifer Engstrom, ST.nu

“After decades of Åslin brothers - he was Holm's new enthusiast: “Otherwise, we had not had any team

While the village dried out live football team in Holm left. Much thanks to Åslin family, who led the decades. So what would happen when they finally got off two years ago? -Did Holm been done since we had not had any team today either. I'm convinced, says Peter Lind, Association's new enthusiast.”

ST.nu Live Broadcasting of tomorrow's match against Ånge IF Holm Vallen, kickoff at 14.00.