Emergency Information for Holm right can always be found easily via holmbygden.se / acute or through the vitgröna first aid symbol

The project “enhanced neighbor” in Holm is in operation since jaunari 2014
In an accident, can now Holmbor in the autumn received a basic education to turn out and help a neighbor in need. Currently alerted those involved in the project through SMS SOS alarm when an accident occurs in about 15 km radius of Holm's church. The project may later be developed further so that only those who at that time is within a certain radius of the accident will be announced at an event m.h.a. mobile positioning.
The rescue Medelpad: Protection against accidents in rural areas

Event types relevant for dispatching and how to act on the accident
– suspected cardiac arrest (Learn first aid and CPR)
– Brand (What to do in a house fire.)
– drowning (Learn about lifesaving, see if someone is drowning, islivräddning and issäkerhet.)
– Traffic accident (Learn how to make the first of a traffic accident, listen or movie will.)

The project reinforced neighbor in the media:

A defibrillator is available locally and can be accessed at a cardiac arrest – even before an ambulance arrived on the spot. Read below how to make of cardiac arrest, i Holm.

One need not be afraid of making mistakes neither with heart starter or with CPR (HLR). Sure, you can make manual exercises various good, but the only fault you can possibly do is to do nothing. Heart Starts set even say what to do. Early CPR and defibrillator multiply the chance of survival, Holm particularly in long distance and travel times for ambulance.

Can you experienced chest pain may be caused by a variety of things, often it is harmless. If, however, a strong, oppressive or crampy pain in the chest that does not disappear or if you have chest pains while feeling out of breath, nausea, clammy or irregular heartbeat. Then they will call 112. Are we alone should also call someone nearby, so that they are not alone before the ambulance arrives. Important if you get a cardiac arrest. Read more – sjv.upplysningen 1177.se.
…

What is angina and myocardial infarction? 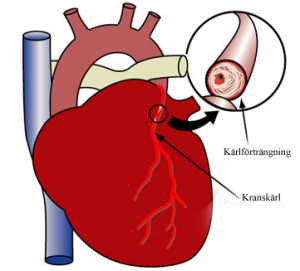 Angina and heart attack due to the narrowing in the coronary arteries. At the infarct, it is a blockage in one of the vessels. Blood may find it difficult to get around and the lack of oxygen causes pain and heart get hard to work.

Read more about the difference between cardiac arrest and heart attack. 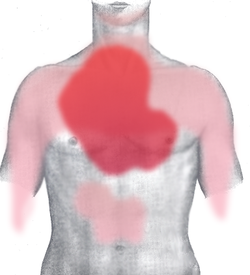 Here are the most common prevalence of pain during a heart attack. The pain of myocardial infarction, however, seem very different and diffuse from case to case.

The pain created by the lack of oxygen in the heart muscle where the blood will no longer be p.g.a. constriction. Man “fooled” then to think that the pain comes from other areas such as. and collar, because the pain sensors from sharing the same nodes in the nervous system, heart.

Here you can search was Holm (and other) defibrillator available by typing “Anund yard” in the search field Hjärtstartarregistrets website.

A project is in Stockholm for utlarming of people in the vicinity of cardiac arrest. A precursor to the projects that are now in Medelpad and further developed to cover other types of accidents. Read more here. 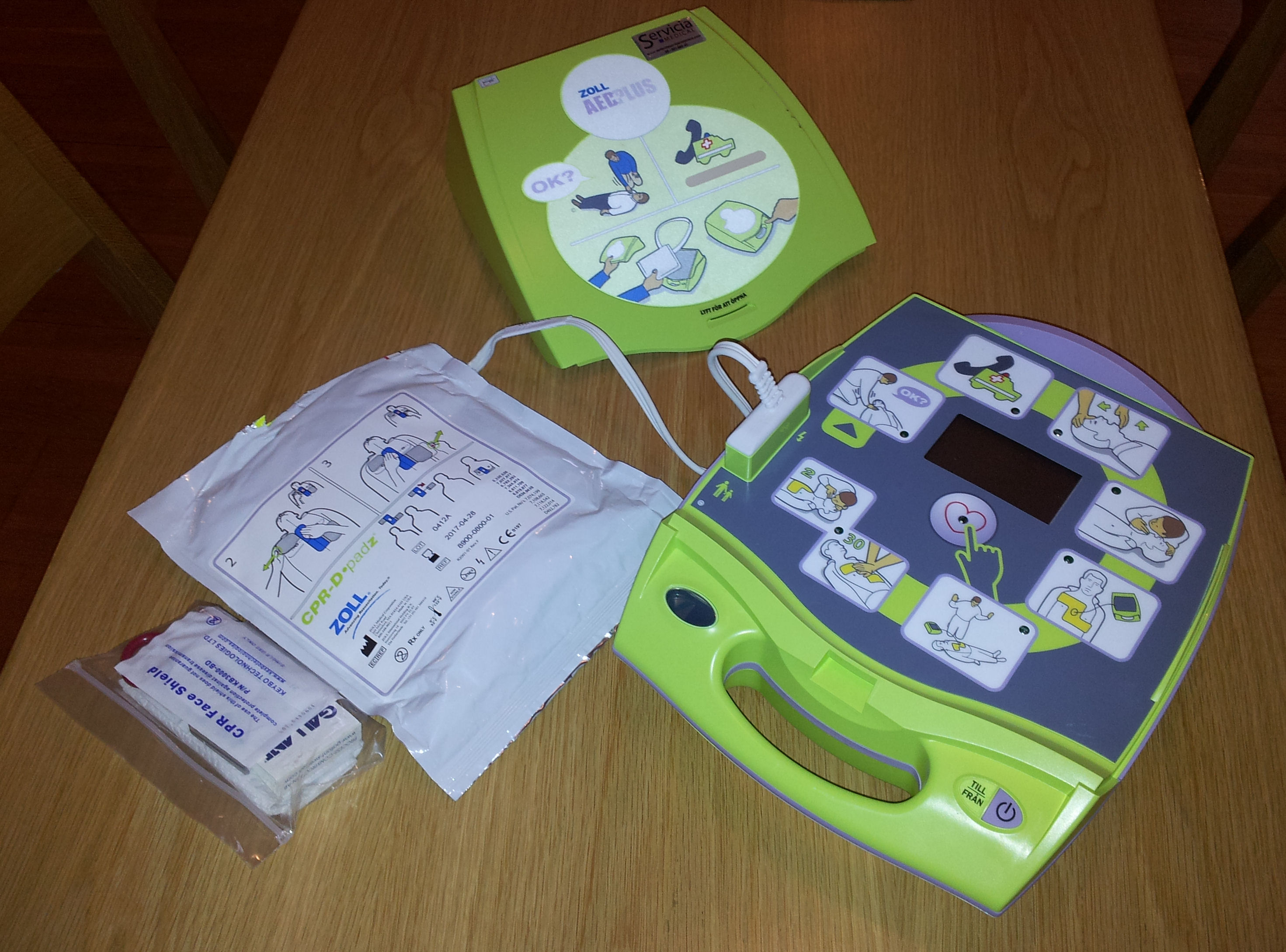 Here's what Holm defibrillator out – donated by both villagers and “utomsocknes”, At the initiative of Olle Frisk. Defibrillator is simple to use, just turn on, then speaks a recorded vote on just what to do.
Read more in the report from the demonstration of the parish house in May 2012.

Learn how defibrillator works (stored in Olle Frisks vestibule)
Heart starter in Holm speaks Swedish instructions and tells exactly how to do.

Stroke, also called stroke, is when you have either a bleeding or a clot (infarkt) brain. The symptoms are the same regardless of the reason and will of the brain does not function normally when oxygen deficiency occurs in the blood does not circulate properly. The condition is life threatening and it is important to know the these symptoms. Especially if you live in Holm, far from the hospital. Every second is important in order to improve the chances of saving the area of ​​the brain affected and ambulance should be alerted immediately if you suspect a stroke. Learn STAT test and the symptoms below.

Ansiktet hangs. Paralysis in the face?
Kroppsdel. One arm can not be kept in the air for ten seconds.
Thettal. The language is slurred and words are wrong.
Tsurfactant is costly. never hesitate, ring 112 directly!

Olle Frisk I could come and pick apples from you? Saw that you had such nice red apples :-) ... Show moreShow less

Someone who wants to sell something similar? :) I borrowed the images from Google to show roughly what I'm looking for. ... Show moreShow less

More than me who have problems with the internet (Vike)? ... Show moreShow less

Arguments and views are requested!
A new sports hall will be built in LIDEN OR INDAL next year, which the municipality has already decided and budgeted for.

Now we are going to the Indal Local Council, Liden and Holm arrive at where the hall will be built, so that it becomes a locally based and a good decision where the people in the surrounding areas have been able to be involved and say their.