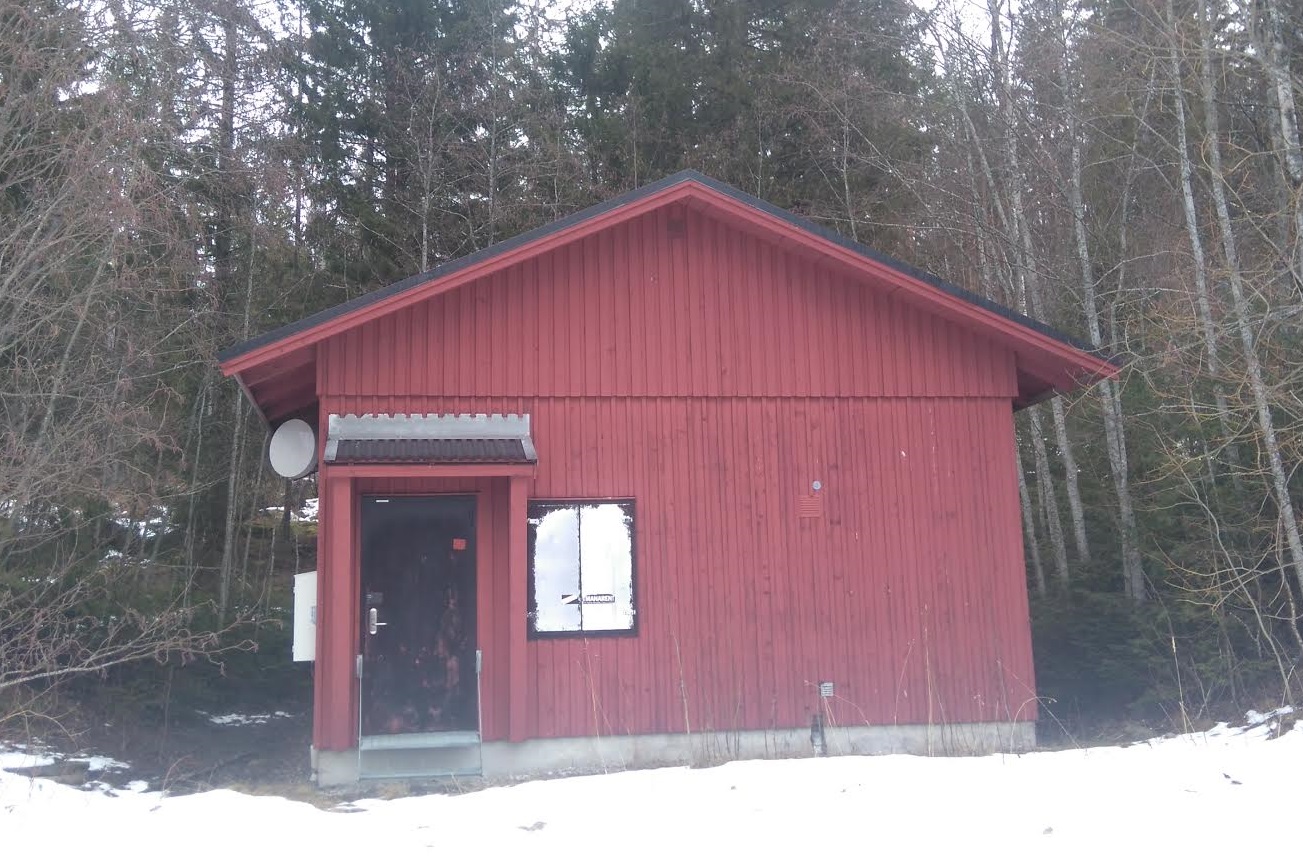 Telecommunications Station Anundgård now has a "best before date". As part of the phasing out copper network across the country has now Telia decided to take Station clock operation after 100 years in active service. The closure affects all subscribers who have a home telephony subscriptions via telephone jack, whether Telia or another operator.

Year 2012 it was announced that Telia would put down the telephone station in Loviken. Now is the telecommunications station in Anundgård which then has seen its best days. As other options for communication than through the old copper network has taken over more-and-more so keep the Telia Group some years back on to close out all the old telecommunications stations that are no longer considered profitable. Anundgård The station will be closed for good 2018-04-03.

new options, Optical fiber including Holm
For those who currently have a home phone via the copper network that you want to keep are various options. If you are going to get fiber installed via "Holm Fiber" (Obs! Report this!) so you can use out of any operator is to choose the Servanet (that will build the fiber network together with Holm Fiber).

An alternative to having the home telephony over fiber, it with “home telephony via the mobile network”. On its website, Telia hand general information with questions and answers REFERENCE closure ("Future networks") and their own deals if you choose to stay (or sign up) Telia.

Otherwise Telekområdgivarna a carrier-neutral customer service that can help to sort things out and what you should consider before you purchase subscriptions.

Anund Farm first telephone exchange was in this building, which for some years also housed a business.

around the year 1920 When telephony in Holm was in its infancy, it was it was Maja's foster father Pelle Haglund who managed switch, but already as a 13-year-old became Maja who had to take over the running. She took care of the manual gear changes in Holm until the first automatic station and the more modern telephone devices with dial took over the task of Holm, in the mid-60s.

Illustration of a switch station 40 st subscribers looked at this time. Identical to the Anund Farm first gear looked.

Before the automation worked it so that when you wanted to call somewhere were you first start cranking the phone and lift the handset. Since replied Maja "Anundgård" at the other end and then had to ask to be connected up. Could be that it could also happen to hear an occasional gossip on the village through this job. 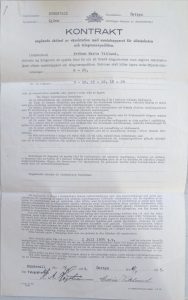 Pictured t.v. seen one of Maja's employment contract through the years, "Contracts regarding the maintenance of the exchange station with the call device to the public and telegrams expedition" från 1935. There, among other things that the station would be open söckendagar (weekdays) at 8-20. Outside those hours you had to look for other means of communication if you wanted to get hold of someone. On Sundays, the station was closed for the morning service at 10-13 and for Sunday dinner at 16-18. Furthermore, the images below you can see that the remuneration for the work as the director of the telecommunications station was 40kr / year subscription. And according to the "telephone" as the number of subscribers in 1935 as 15 st, which will be a monthly salary of scarce 50 kr. 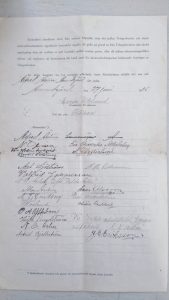 For those who had no telephone at home so it went also visit the switching center if you wanted to telephone. On the way out you had to pay by leaving 15 penny in the black gun as seen on the image below. The same picture is also seen a book on Sweden's station lists dated years 1919. On the side 120 we find "Östbyn".

Maja lived in the first telephone office life. At the end of the 40th century was built a newer manual switchboard 100m east. Today is her daughter who lives in the oldest telecommunications station, while her son lives in the second-oldest. 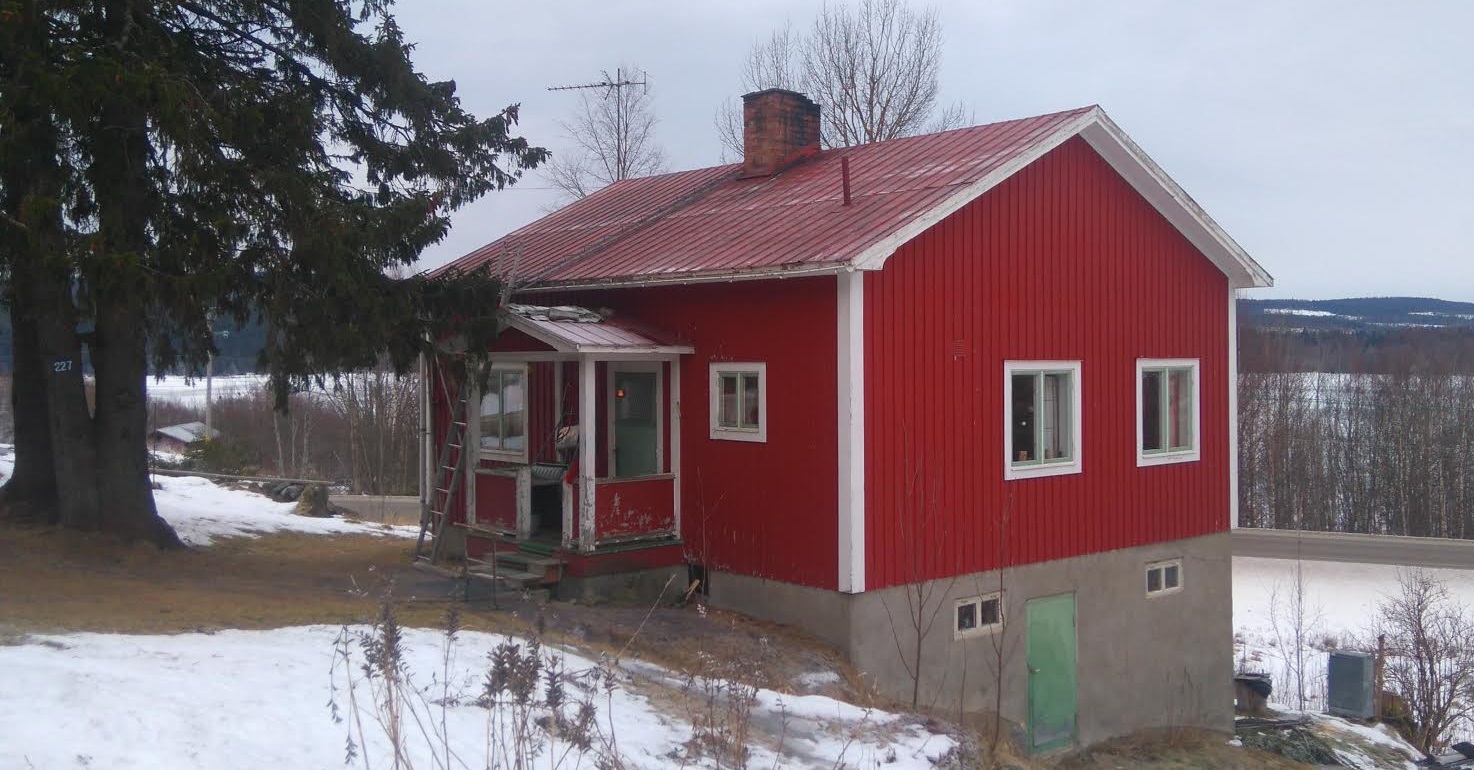 Onund Farm second telecommunications exchange. Behind the window to the right was the manual gear, the room left if you could call if they had their own phone at home

In the mid-60s were built Holm's first automatic telephone exchange (The building no longer exists), this time in between the two aforementioned. In the early 80's was built in the telecommunications station used until today. In mid / late 90s, long before YouTube, Facebook and Google saw the light, it was through the telephone station as many Holmbor had his first contact with the Internet.

Most often had the desktop computer a built “56 kbits-modem” which in turn was connected to a phone jack. And the grace which then lifted the telephone receiver while sitting and waiting five minutes for a web page would be loaded up! Perhaps passed your first e-mail Anund Farm telestation?

Unfortunately for residents of Holm, so never got the station to be upgraded with the much faster ADSL technology Launched in early 00s, when neither Telia or any other operator considered it profitable. Autumn 2005 was a fiber cable from the spool to Anundgård school and then were also asked Anundgårdsbor if they were interested in joining, which some 15 households did. Some years later, even the mobile 3G technology, which meant that most people abandoned their old dial-up Internet connections via phone jack.

It would today be many years since anyone last surfed with a "56 kbits modem" via telephone jack, whereas in the current situation is still around 40 subscribers using telephone jack for home telephony through Anundgård Station.