The team captain Niklas Wikholm was satisfied afterwards and says that the team is currently doing his best season in a decade. - It means more for the community than for the team and the association itself, says Wikholm. Reportage & image: Jennifer Engstrom, Sara Carlzén. ST.nu

TV viewers and the crowd were treated to a real målkalas when Ange IF visited Holm Vallen on Sunday. The entire nine goals noted in the minutes before the referee blew the final whistle.

Live Ever Division 5 matches're nothing new for the devoted HSK supporter, but this time it was attended Holm Vallen Sundsvall Tidning who had chosen to honor us with their own Live broadcast. Before the game, the newspaper visited the team during training earlier this week and interviewed Holm sports club's new enthusiast Peter Lind. After the match was also a interview with the team captain Niklas Wikholm (the ram). 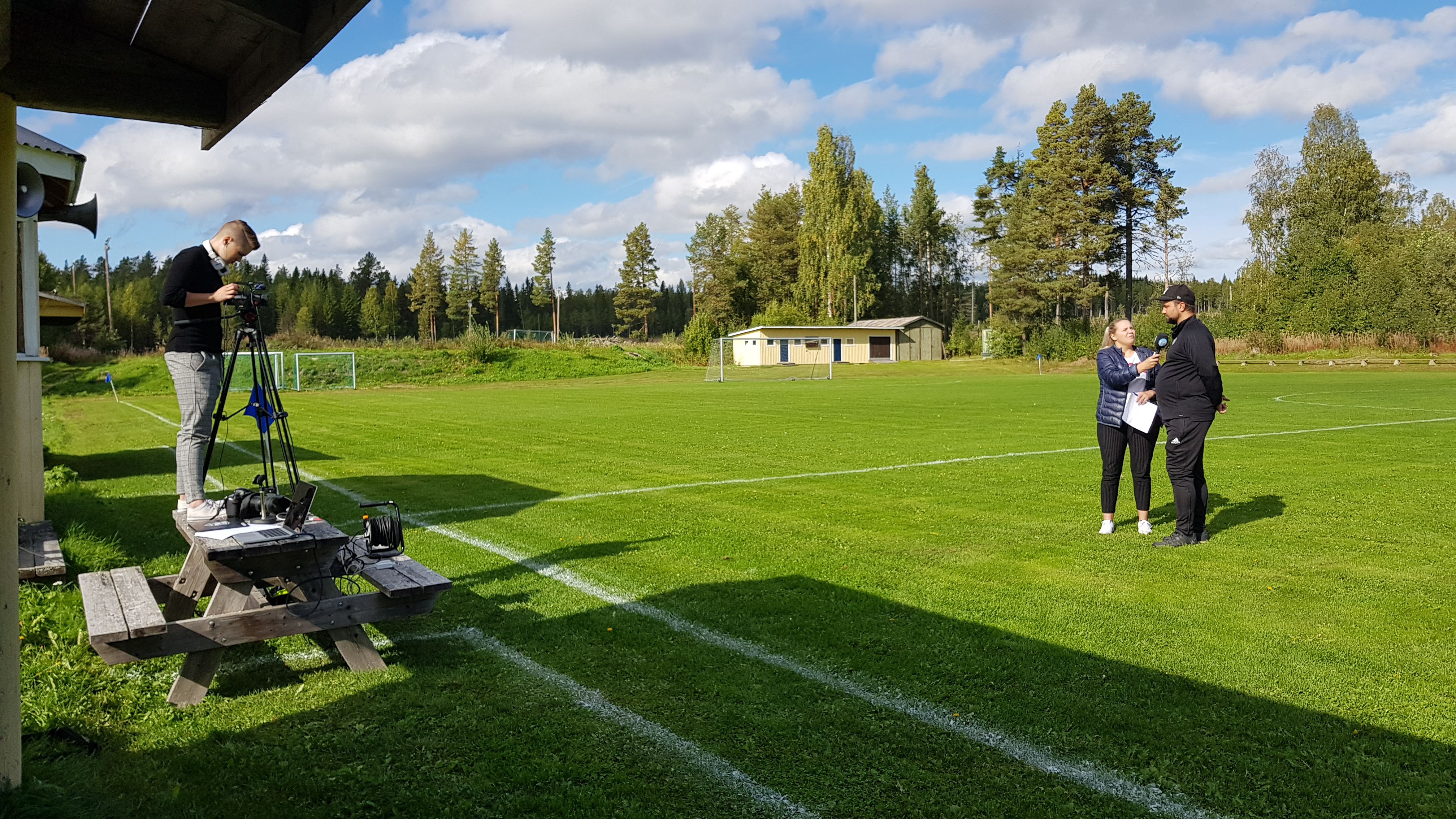 Live Interview with Holm's trainer Michael Kotermajer before the game

Holm has this season lined up many odd target profits and very late game decisions. Last when met Ange IF away from home on the National Day, and won 1-2 was no exception (ruling can be seen in the replay here). Sunday's clash would not prove to be different in any way…

Already in the very first minute, demolished Olle Nordberg down the offensive penalty and Holm could go into the lead through a penalty. Ange then showed up a strong defense in the first half and Holm had a hard time getting into dangerous situations. The match minutes 27 could not enter via a reducing “ihopspark” in the penalty area that left Holm's new goalkeeper Simon Molin chance. Ange followed up the scoring a few minutes later after the home team once again sloppy in defense and did not manage to clear the ball. Holm target bargain Olle Nordberg acknowledges, however just before half time and the game felt before the second half completely wide open.

In the second half the home team showed up a little gameplay advantage over opponents. The disappointment of holm players when the visitors went into the lead once or twice could not be mistaken… But Holm manage to gather, lifting many menacing long ball towards Ange-defensive, and the hooks on the scoresheet. In the 87'e minutes replace Holm in the comeback spirit dangerous points thief Johan Smott and a few seconds later, Holm awarded a free kick midway between the center circle and indicated penalty. The moment Johan “Halling” Hallström will approach for the free kick round Johan Smott Ange defense and ports, thus completely redundant front indicated keeper. Halling manage to find the skull of the välvuxne Olle Nordberg, nodding down at the feet of the now unmarked Johan Smott makes a nifty shutdown and completely pouring over the ball and presses equalizer 4-4 !

The match minutes 92 Holm has begun to feel a real scent of victory… Should we succeed in another late match-winning?? The referee blows for the free kick Holm high in the offensive half of the field next to the sideline. Free Kick King John “Halling” Hallström brushes the grass a little loose with his left hand before he gently tee up the ball on the manicured lawn… The home team are moving up all available personnel for a ruling…

Halling takes a short approach and once again makes a perfect lift with left Dojan into the penalty area where it eventually finds its way to the feet of Holm defender Kristan Karlsson – As with a real fighting spirit manages to push the game, game-winning-goal! Nick Borgen “It slides in” echoes of Holm Vallen… With only three games left in the season, we are still at the very peak of the battle * Medelpad fifth grade!

See the decisive 5-4 goal in injury time below:
(image, ST.nu)

*Matfors IF 2, lying second in the table, has not been able to advance because of regulations that says that the club should not have two teams above div 5.

Lineup, match announcements and results, the text in each match, free here!